Happy Birthday --- In Black and White

*So thrilled that this card won honours at Seize the Birthday Challenges."
*So thrilled to have both the Design Team Pick and Readers' Pick at
Around the World Stampin' Up! Challenges*
I've done a lot of black and white photography and so love the look.  It's great getting back to those roots when I design a black and white card.  The dynamics are different from using colour.  You really have to work on your image and use lighting to bring out the key points of the scene.  I enjoyed doing that with my moose in the woods.  I used a lot of dark sponging to make it more of a vignette and made sure that the key area, around the head, remained "in the light".

I decided to design the card as an easel card.  I love the way they're "on show" and this one would look like a framed picture since I planned not to have any sentiment on the front of the card.  That would show up when it formed into the easel.  My base cardstock is Naturals White.  The base for the front of the card, however, is Basic Black.  The next layer for the front is Naturals White which I embossed using my Woodgrain embossing folder and then sponged to help the texture show more prominently.  Then comes the Whisper White which is cut much smaller than the Naturals White layer so that it appears to be matted inside a black frame. 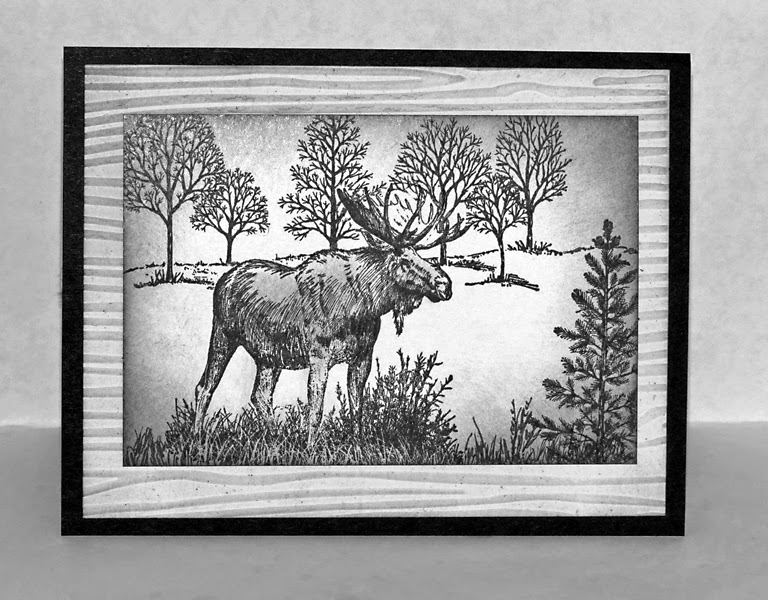 I stamped the Whisper White using black Memento ink and the Walk in the Wild and Lovely as a Tree stamp sets.  Before adding the trees, I masked the moose so that it wouldn't be stamped on.  Since this was going to be left black and white, I used my sponge extensively and really darkened the edges, moving in enough to give the impression of a vignette.  I also lightly sponged the moose, except for the head, to give it more substance and also for the lighting effect I desired. 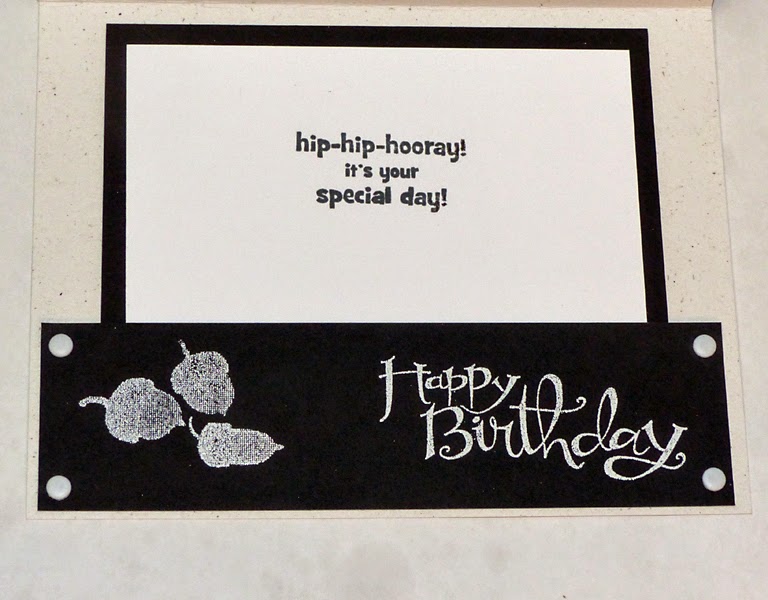 For the sentiment which I placed at the very bottom of the inside where it would show immediately when the card was up on its easel, I used the "Happy Birthday" from the Sassy Salutations stamp set and also the acorns from the For All Things stamp set.  I stamped both using Versamark and then heat embossed them using White embossing powder.

I love how it all comes together when you open the card and stand it up in its easel.  To finish off the Happy Birthday strip, I stuck a white Candy Dot at each of the four corners. 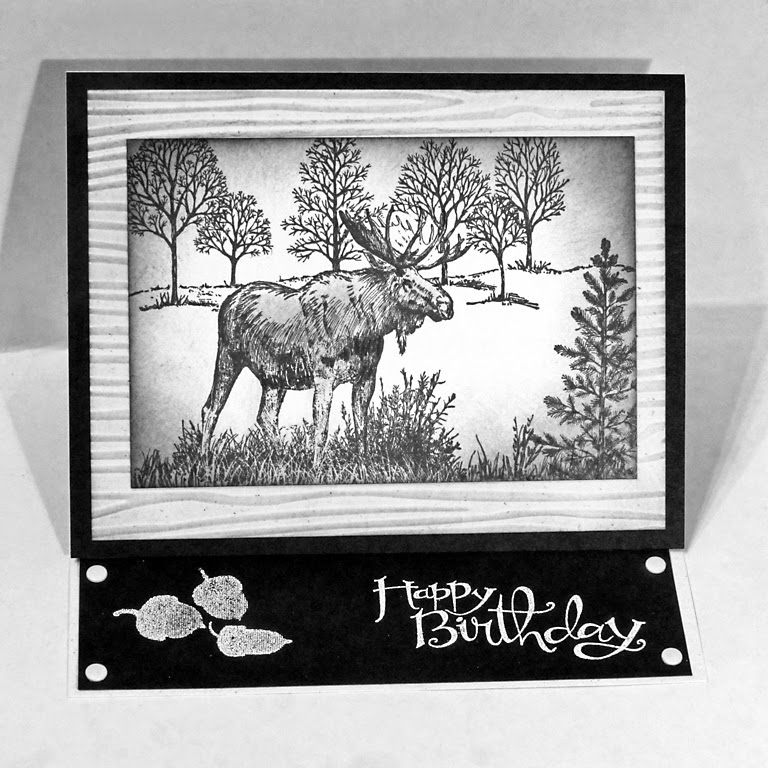 For more black and white birthday cards, check out Seize the Birthday.

For more cards featuring animals, check out Around the World Stampin' Up! Challenges.

For more cards where anything goes, check out Loves Rubberstamps.